It has been over three months since NAB2019 in Las Vegas which I thought was a suitable time to look back at the event and what has been the key themes that stemmed from it.

A big focus was ATSC3.0, which is almost a perennial discussion. The key change this year though is that actual field tests have actually taken place in the US in May, as well as the beginning of the FCC issuing of licenses. At the conference itself ATSC3.0 was declared ‘Ready for Deployment’ which was somewhat old news as it has been already deployed in South Korea in 2017 but that is countered by the somewhat big lack of devices that support the standard outside of Korea.

What does ATSC3.0 bring to the TV entertainment sphere? Well if I want to be somewhat critical it brings the digital enhancements of DVB-T2 (somewhat long in the tooth and standard in pretty much the rest of the world) to the US market combined with HEVC and the capability of delivering video using UHD technologies, however this may not be what it is used for as broadcasters in the US seem to be focusing on the service bandwidth reduction capabilities to fit more into less frequencies. It has one understated characteristics however and that is a change to the transport that provides IP as a native transport option, which offers some quite interesting options for intermixing delivery modes as the world moves to IP’ification. IP’ification is the move of TV and video delivery beyond online delivery, to where we have a mass movement of services up the stack and across onto IP OTT delivery. This is a movement that is demonstrated by DirecTV announcements about not obtaining further satellite capacity in favour of OTT as part of a transition away from what has been its bread and butter for years, and the moves of several other operators to bring about a move of their services to IP delivery.

To still be negative about ATSC3.0 though you could say that it may be too little too late. What role does a new broadcast standard have in a world where video consumption is moving to a majority on demand and the balance of delivery effectiveness is favouring IP delivery from a consumer perspective. This is a trend seen by many for mainstream TV delivery, where there are a number of key projects and initiatives that are moving to OTT delivery and indicating a longer term trend of the next decade (https://www.fiercevideo.com/tech/pay-tv-operators-brace-for-app-based-future).

Those who would like to see the success of ATSC3.0 do say also that mobile delivery is very important to its success, but that requires additional radios in mobile devices that is simply not happening, despite the drive to provide reference software defined radio solutions to simplify that. The existing 4G and coming 5G radio solutions are a very viable solution for IP delivery on mobile, and it is very likely that we will not see large scale commercial embedding of ATSC3.0 radios in mobile devices, which might be why there was a growth in automotive ATSC3.0 mixed with 5G usages being demonstrated at the show and after.

Even at a Broadcast show there was a lot of Cloud Technology around at NAB, and in common with other media and video centric exhibitions the amount of equipment based demonstrations being done at the show is reducing considerably, a clear industry sign that software, virtualisation and cloud is the future of video particularly with the move to IP delivery. I don’t believe that ‘broadcast as a delivery’ (which is really linear delivery) is going fully away but ‘broadcast as a delivery medium’ (RF one way transmission, one-to-many) is very likely to become significantly smaller than it is today. This is driven by the reduction in linear consumption by consumers in the main. Financially viability will be the key problem with these services to deliver to the small numbers of people who ultimately are not able to have an IP connection around the world, particularly in remote locations and developing countries (when the whole world is becoming less remove and much more developed).

Much of the discussion however I saw at NAB was more derivative from other shows and being repeated at NAB without new concepts or technologies coming up. Since NAB some really ground breaking work has taken place with BT and the BBC undertaking 5G based contribution tests in May, and in testing the bounds of 5G with the testing of the delivery of 8K video over 5G at the French Open. 5G is going to be something to watch as it rolls out but you cannot help but feel that it is really just a faster mobile connection in reality and these additional use cases will not become mainstream. We don’t see it becoming the new ‘sliced bread’ of video.

The elephant in the room however is 8K, mentioned briefly in the context of 5G tests, but it was really noticeable at NAB with seemingly every stand and technology provide showing off a new product or technology with an 8K badge on it. It was noticeable however that these were ‘enticers’, products to capture the attention with only NHK being the company that is actively commercialising the delivery of 8K although. Many other organisations though are looking at 8K and at least keeping ‘skin’ in the game and taking a research approach at the very least.

UHD and 4K was presented at NAB as being somewhat business as usual but there is a feeling that the commercialisation of 4K and HDR based services are not expanding as rapidly as they could, and that can certainly be because broadcasters and MVPDs are still struggling to secure content to fill their service lists and content catalogues without breaking the bank. This is certainly an area to watch and we wonder if 1080p HDR based services will actually break out into public outside of some content on Netflix… or whether the premium approach of 4K HDR will still be the only game in town.

Today I received my first party invitation for IBC, which is a sure sign that I should be planning forward for the next big event of the year for TV and Video. We just have to get through a very busy summer of clients first of course, but I wonder what the real key themes of IBC will be this year? Maybe something actually about video this time maybe…. More on that in a future blog post.

Ian Nock is the Founder of Fairmile West, which is a Consulting company focused on working in the Consumer Device and Video arena. We work with clients on technology strategy and product delivery through key practices in Consumer Devices and Video Services. If you are interested in learning more about what we do, please do get in touch via our website – Contact us. You can also keep track with what interests us in the industry by following our Link blog at TV Tech News, and you can specifically follow news on Ultra HD via the following link – Ultra HD News. 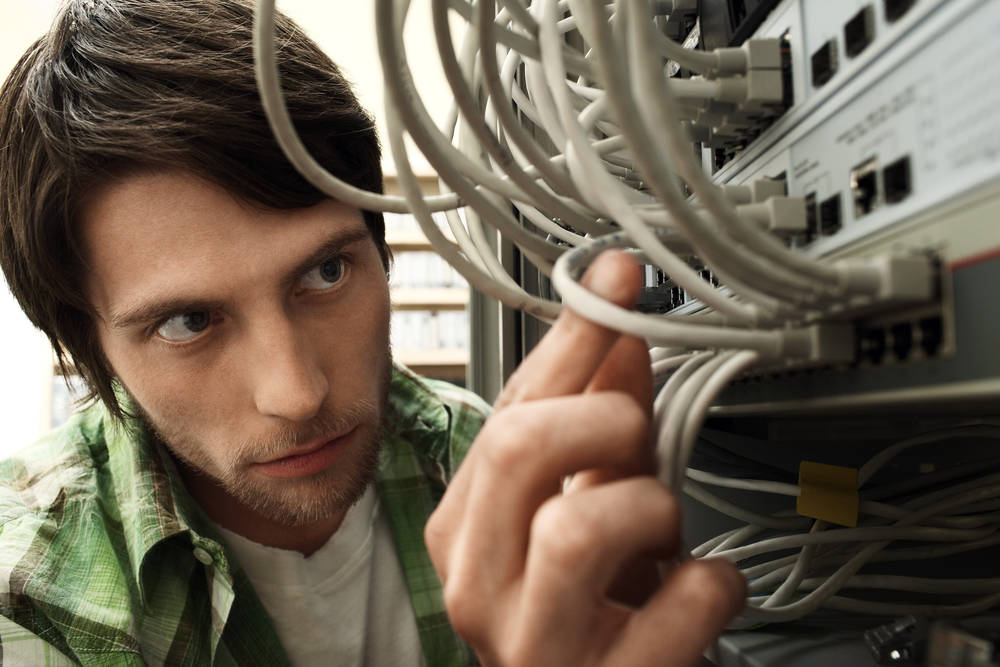 YouTube installs on Android TV have doubled in 12 months, hinting at some substantial platform growth dlvr.it/S1XgVZ 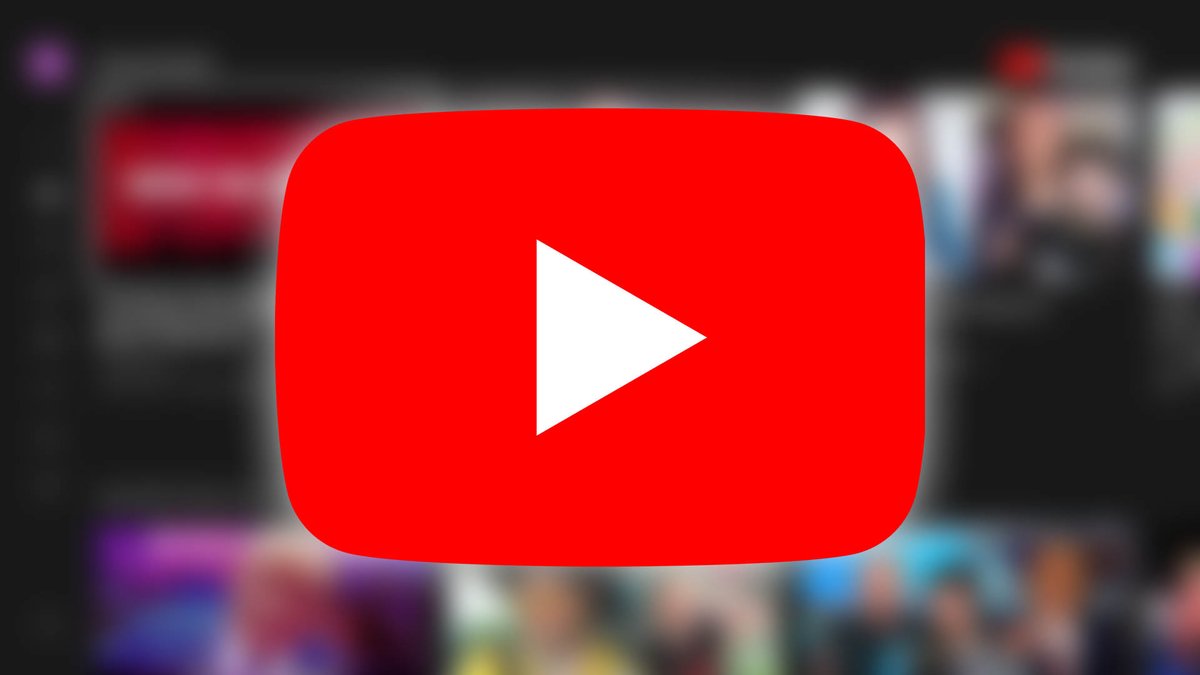 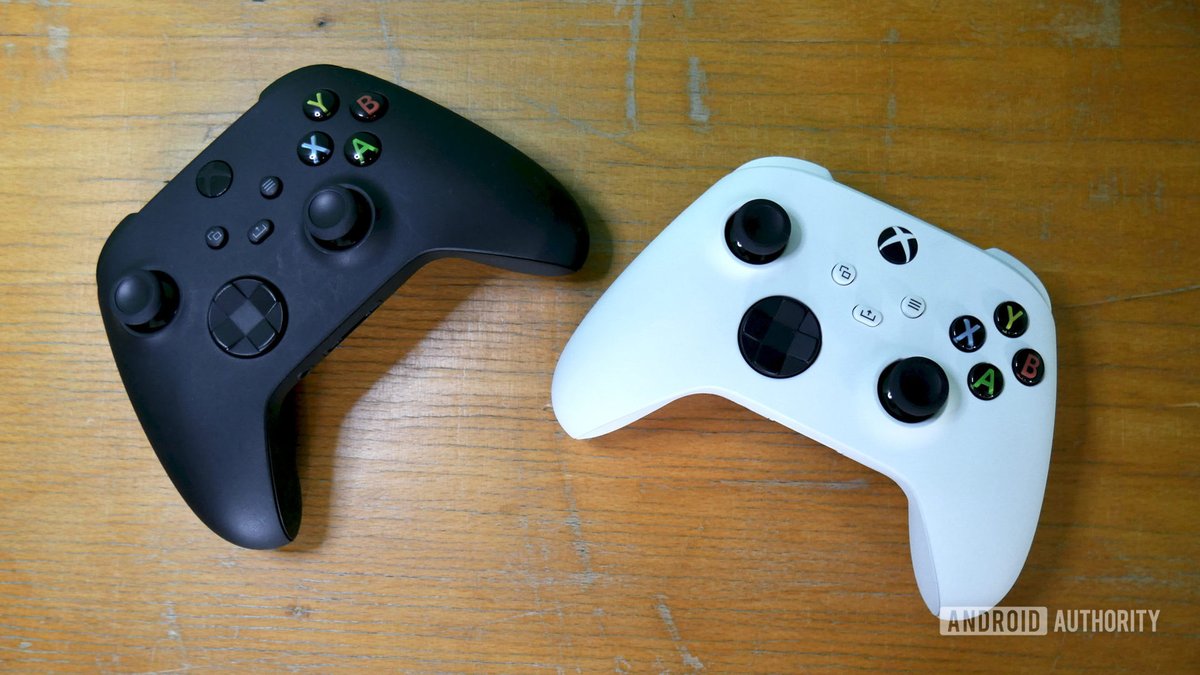 How One Fastly Customer Broke The Internet dlvr.it/S1XfCj 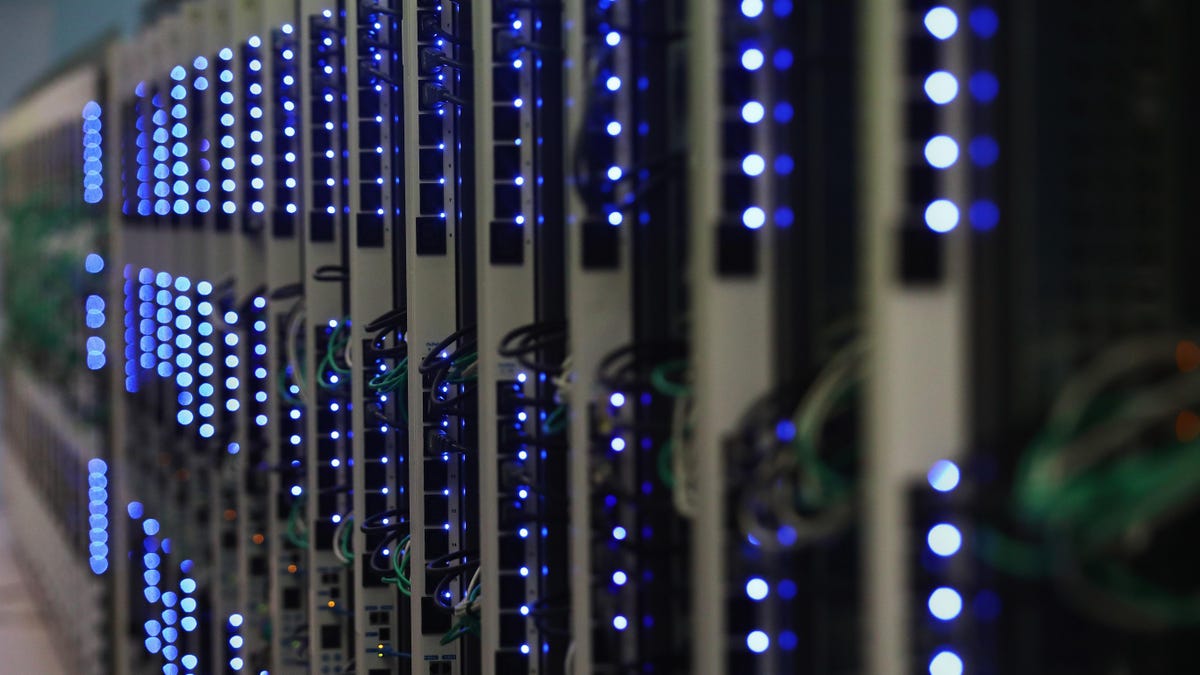 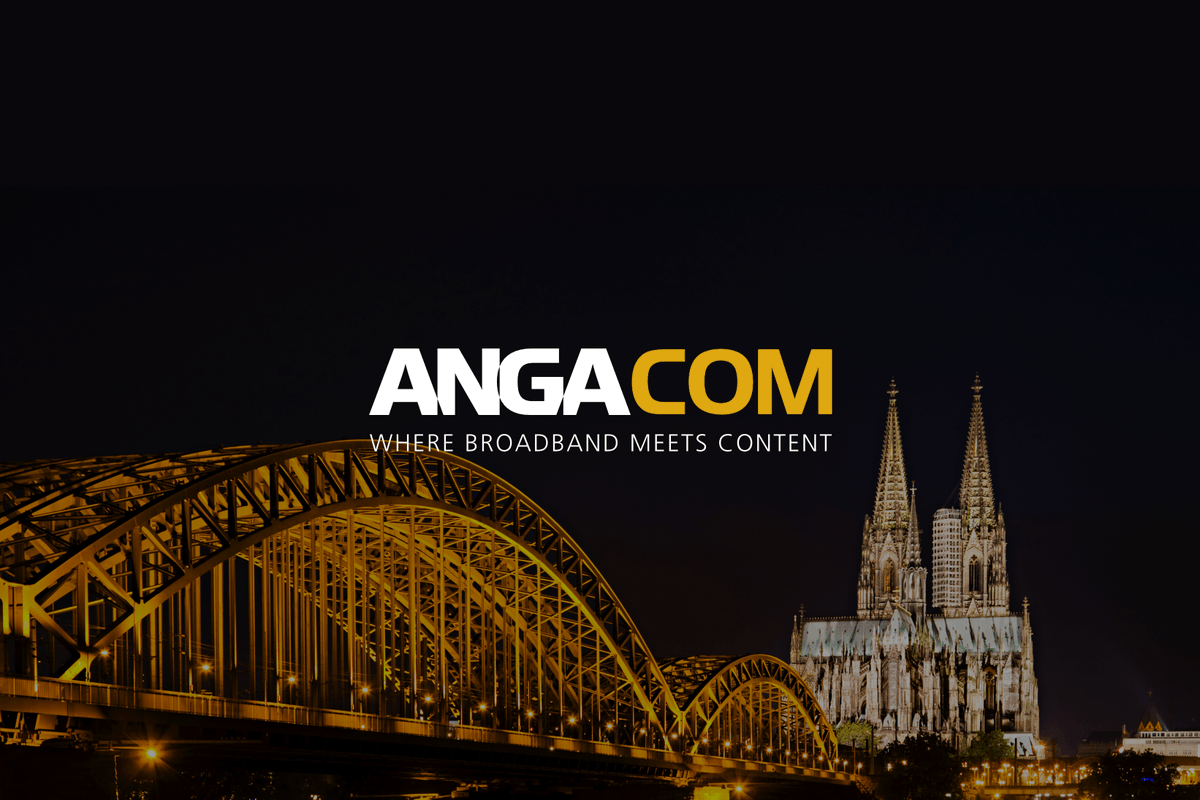 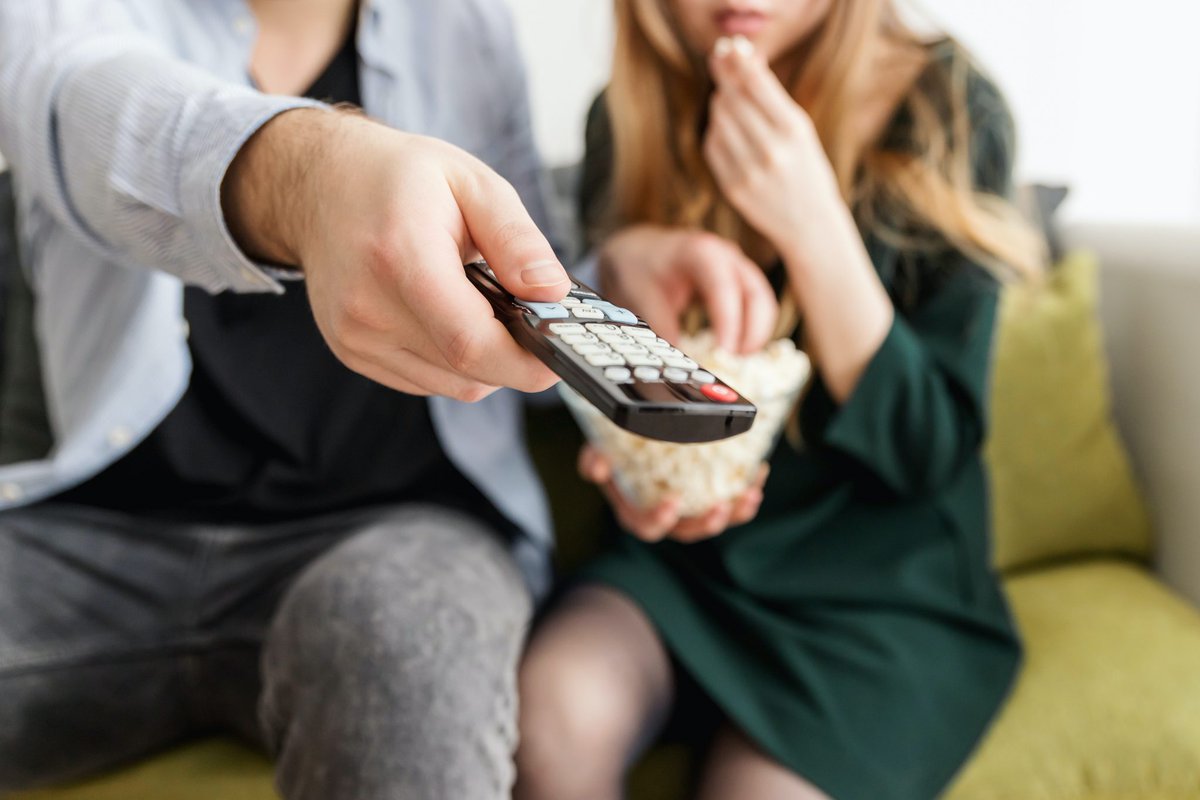